Do you have a complete mouthful of Vedas and ancient knowledge ? And is modern science perfect ?

In this article, we have discussed science and scientists and their scientific approach. Okay. In science, the scientist asks questions to find out the laws of nature, seeks answers. Presents a theory based on logic. It proves using mathematical method is all logical vision. We also claim that humans have made tremendous progress in 300 years.
For the last three hundred years, we have been doing the exact calculations of solar-lunar eclipses, on which day, exactly at what time, where in the world, how they will appear. That is our claim. 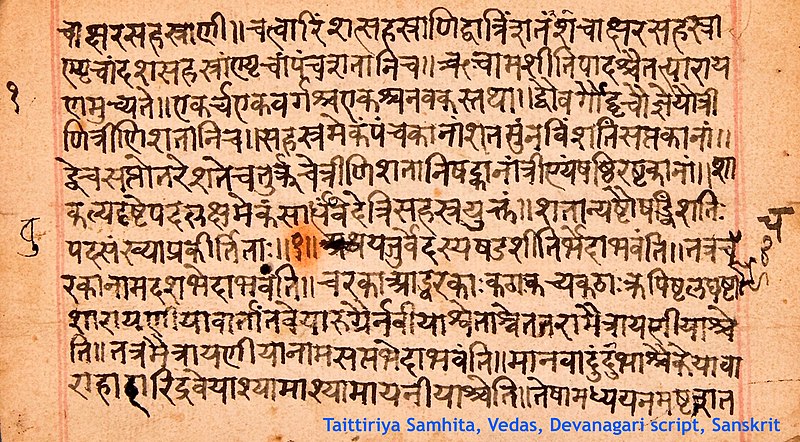 So let’s discuss the issue of ancient Indian knowledge / spirituality versus science, with points and evidence. Those who are lovers of science should read this article carefully and report any objections regarding my points. And if my points are correct, I should also show the magnanimity of accepting.

The 22 feet high wrought iron pillar weighs about 6.5 tons. Who is at least 1600 years old. It is covered with a very thin covering. It not rusted the pillar for the last 1600 years. Metal experts from IIT Kanpur have studied and mentioned a specific chemical process which has a coating of only 10 microns so the column still does not rust.

Even a car worth crores of rupees, which is the measure of our great scientific progress, gets rusted in the salty environment of Mumbai in 3 to 5 years . Old cars in Mumbai are available for sell at half price. Are today’s scientists and their supporters ready to imitate the superstitious science-oriented people who lived 1600 years ago ?

There is a stone column in this temple. Underneath that pole we can make sure to rotate any object an inch thick. I was also the first in the Vijayanagara Empire to light a lamp of this type.

As a mechanical engineer I can tell you exactly how it was made. Take a stone that weighs about 10 tons and is 2 feet in diameter. Carve on it as you wish (it will take about 5 to 10 years using traditional tools.) Then make a large round hole on one side of the pole and fasten the iron stone (magnetic stone) firmly in it. Then place a strong foundation stone in the ground where this pillar is to be erected, which can withstand all kinds of winds, rain, heat, storms, and place an equally strong foundation stone in it.

Now the combination of these two iron rocks should be such that they should not fall away from each other but they should also remain stable (any scientist of today should do this by taking a stone weighing 10 tons). They will be stable. And then it will remain the same for 1000 years .. (I don’t know how long it will last yet) Was the church using such awful technology foolish? Do you think they understood science less than Newton? The church that did this was an artist, a sculptor, a Bahujan in your progressive language.

This temple of Adimaya Mahalakshmi is at least 1000 years old. The main entrance to the temple is made by studying geography so that every year when there is a specific constellation, the first rays of the sun fall at the feet of the goddess and as the sun goes up, the rays reach her mouth. This ceremony is known as Kirnotsav. Could this be possible without the geography of the people who built this temple being very precise and their mathematical knowledge extremely fluent? If you decide to build a temple like this today, will your scientists be able to create an object that will last for 1000 years even with the tools and technology that are currently known? And the same kind of radiation can be shown on your Newton statue ?

Message of Doctor from Hospital

Story of Grandfather and grandson will teach you lesson